Broner and Taylor Weigh-In From Cincinnati! 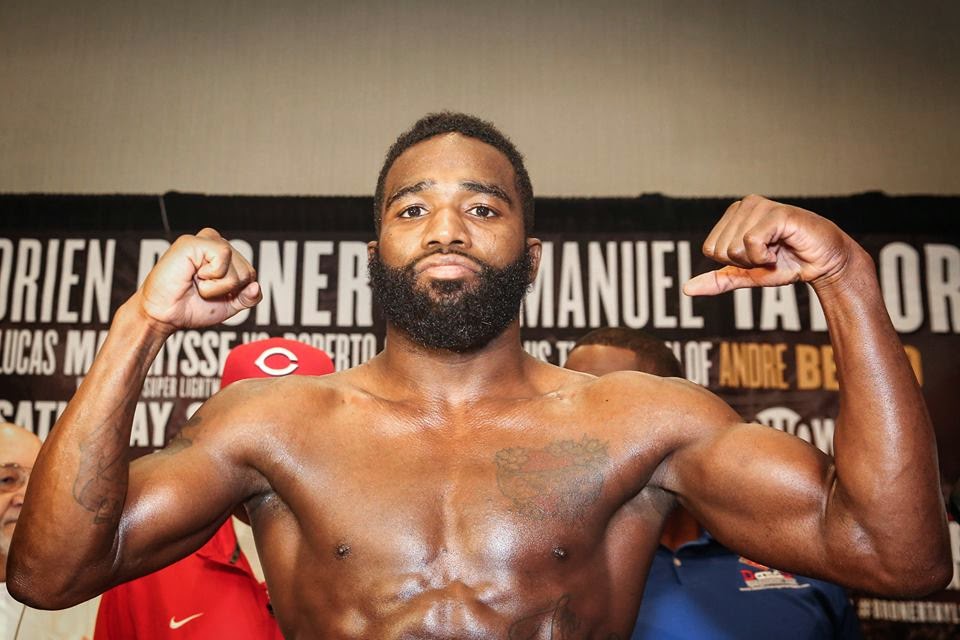 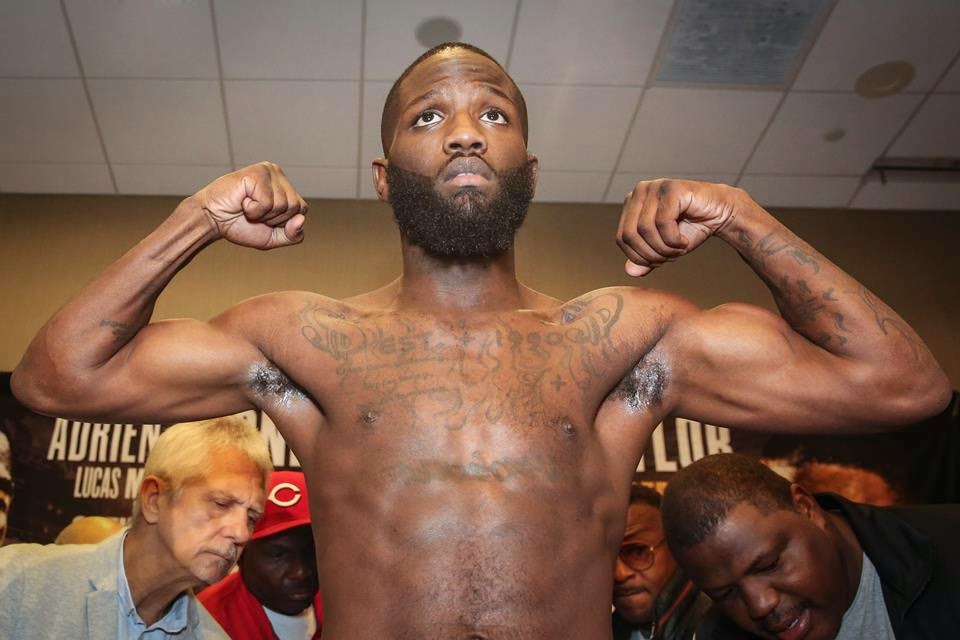 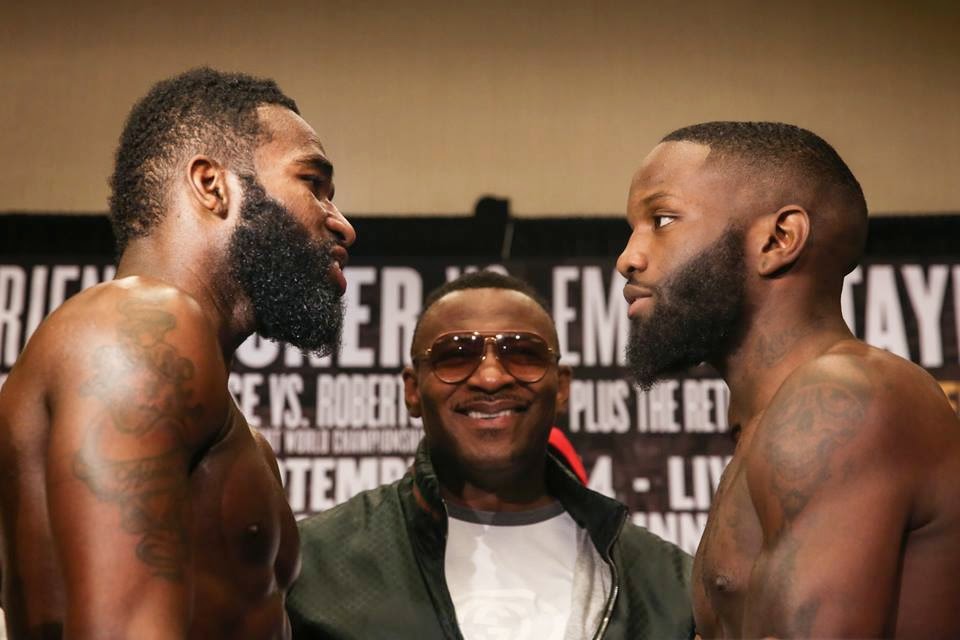 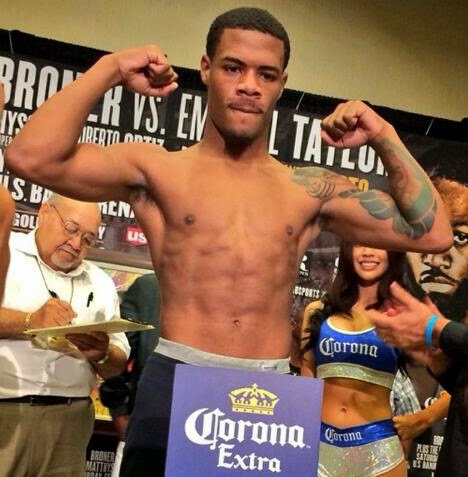 Posted by Juan Marshall at 2:21 PM No comments:

Reed and Harrison Baseball Pitchers For A Moment! 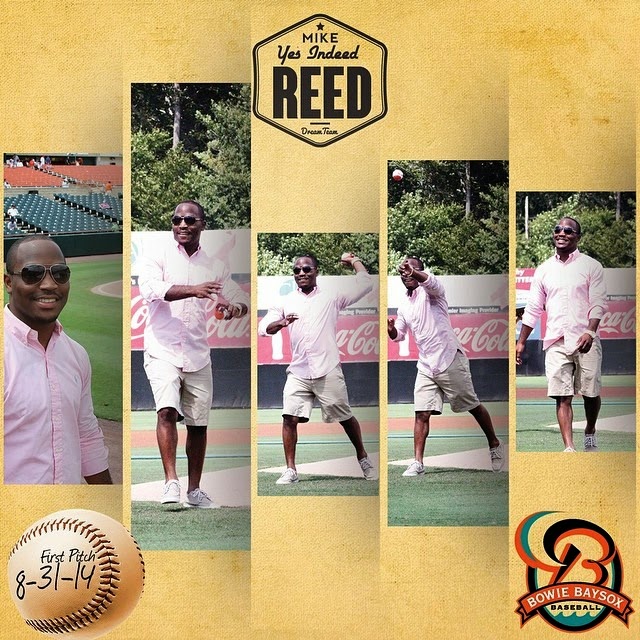 On August 31st the undefeated Mike "Yes Indeed" Reed  (10-0, six KO's) threw out the first pitch at the Bowie Baysox baseball game at Prince George's Stadium. This was the perfect opportunity for Top Rank Promotions, who is Reed's promoter, to give them the time to promote his next bout at the Bally's Hotel and Casino in Atlantic City on October 4th.

Reed:  "Thank you to the Baysox for inviting me to throw the ceremonial first pitch, and for helping promote my upcoming fight on October 4 in Atlantic City" Reed said in a statement.  "It was a great experience, and it was great meeting the players, staff, and all the fans at the game. I'm looking forward to returning next season. I am also happy to say that my pitch was thrown accurately, and over the plate!" 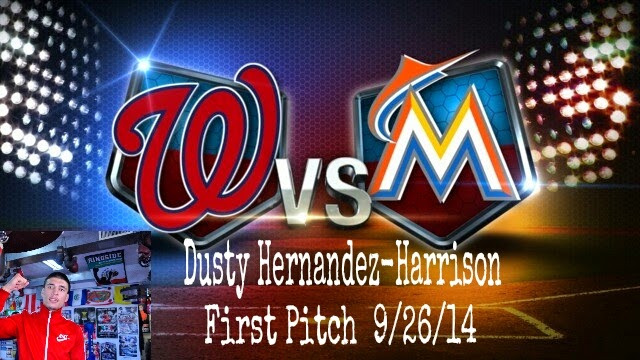 The word is out that Dusty Hernandez-Harrison in scheduled to have his opportunity to throw out the first pitch for the Washington Nationals vs Miami Marlins game on Friday, September 26 at Nationals Park. 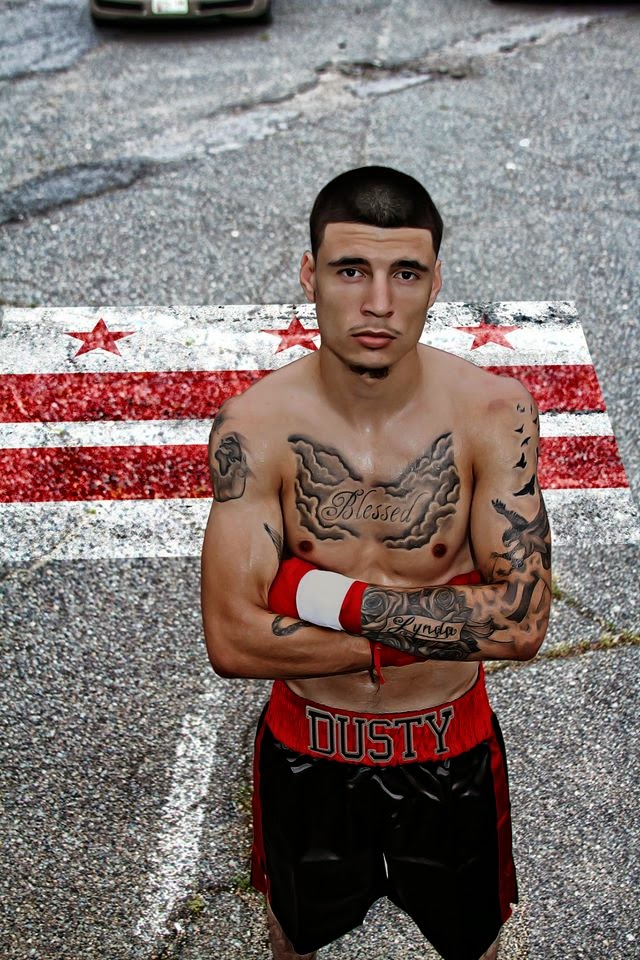 This is the day before Harrison (23-0, 12 KO's) will face veteran Hector "Hurricane" Munoz (23-13-1, 15 KO's) of Albuquerque, NM in a 10-rounder for the vacant WBC Continental Americas Welterweight title at the DAR Constitution Hall in Washington, DC.

Posted by Juan Marshall at 7:53 AM No comments:

The Pre-fight Warm Up For Broner vs Taylor! 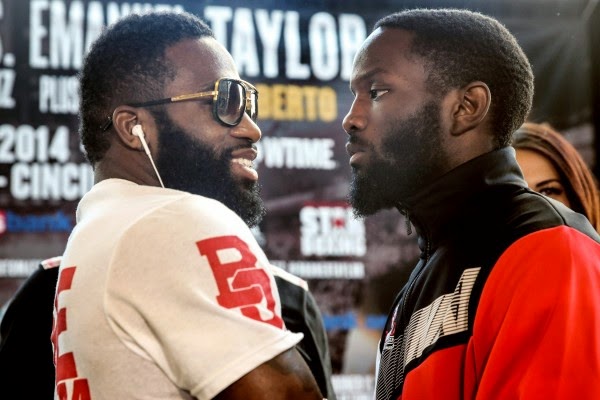 Final quotes from Taylor and Broner. 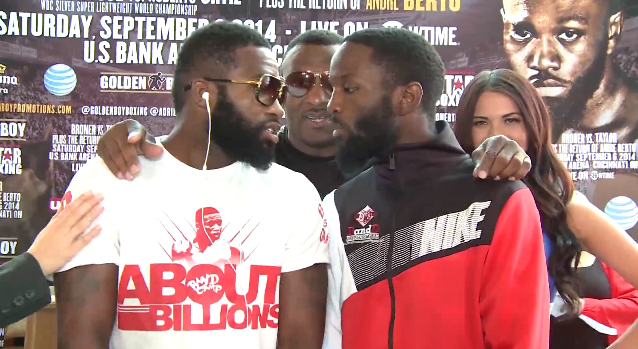 Emanuel Taylor: “This fight can change my life. That’s how important it is. For the record, Broner – you’re not knocking me out. I’m not going to let a 135-pound fighter who’s been fighting midgets his whole career knock me out. It’s not happening. You say you’re going to knock me out? Don’t get tired trying to knock me out because that’s your ***. I’m not going to let anyone disrespect me. He’s all talk. I don’t really do much talking, but I have to stand up for myself and go back at him. I’m going to do what I have to do. He was saying, ‘I’m going to beat your ***, I’m going to beat your ***.’ Let me see it. Do it. This happens in boxing. Fighters get heated, words get exchanged. I’m definitely motivated to knock him out. He’s a slouch. I’m going to get in there and give him an *** whooping. I’m going to do this in his hometown of Cincinnati. You’ll see.” 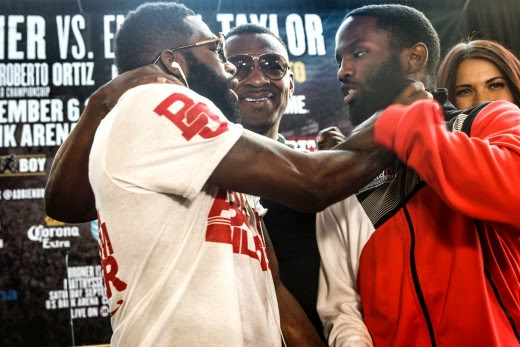 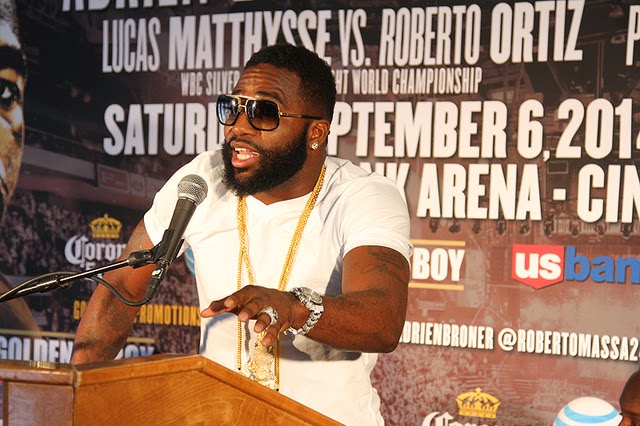 “This isn't a joke. There should be three winners on Saturday: two ABs (Adrien Broner and Andre Berto) and then my next opponent, Lucas Matthysse. That’s what’s happening. He knows what he’s in for. Everybody knows what they’re in for when they fight a guy like me. But, at the end of the day, I’m going to be victorious. He didn't get under my skin, but he invaded my space. I’m a man and you have to respect me. I've been motivated to knock him out since this fight was announced. I’m at home, this is my homecoming. This is what I do at home.”

Posted by Juan Marshall at 6:35 AM No comments:

The Return Of Francisco "The Wizard" Palacios! 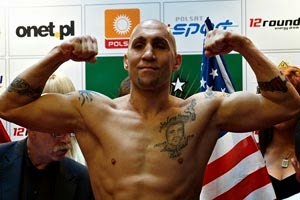 Orlando, FL (September 2, 2014) – Francisco “The Wizard” Palacios will have a tough task at hand when he comes off a two year layoff to battle heavy-handed Epifanio Mendoza September 20 at the Mela Room in Orlando, FL.

Originally from Barranquilla , Colombia and currently based in Miami , FL , Mendoza  has 39 victories, 34 of which came by way of knockout. In 2011, he scored a major upset when he knocked out highly regarded and undefeated Olympian Carlos Negron inside of three rounds. Prior to that, he scored first round knockouts over unbeatens Tukonbo Olajaide and Ruben Williams. A true ring warrior, Mendoza’s also battled world champions Chad Dawson, Jeff Lacy and Beibut Shumenov along with BJ Flores, Lateef Kayode, Rakim Chakhiev, Umberto Savigne, Amir Mansour, Sullivan Barrera, Yunier Dorticos and Jordan Shimmell.

“Epifanio Mendoza is a very dangerous opponent and some are questioning why I’m taking on such a risky guy when I’ve been out of the ring for two years,” said Palacios, an Orlando resident who is now training under the watchful eye of John Scully. “My goal is to win a cruiserweight championship next year and facing a tough challenge in my comeback fight should show everybody how serious I am about making it to the top.”

Palacios, 21-2 (13 KO’s), and Mendoza meet for the USBU cruiserweight belt in the eight round main event of World Wide Elite Entertainment’s “The Comeback”.

Promoted by World Wide Elite Entertainment, tickets to “The Comeback” are $25 for general admission, $45 to sit ringside and $500 for VIP tables of 6 with bottle service included. They’re on sale by calling 561-702-7068. All ticket holders over the age of 21 are invited to a special post-fight party hosted by DJ Erick at the Mela Room, located at 9677 S. Orange Blossom Trail in Orlando . 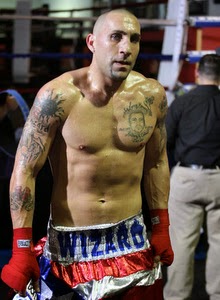 Founded in 2014 by noted boxer Francisco Palacios and Alejandra Quintero, World Wide Elite Entertainment’s a full-service promotional firm with the goal is to right many of boxing’s wrongs. Their focal point will be guiding talented but misled fighters that were not provided fair opportunities in the past due to managerial or promotional issues. For more information, go to showentertainment.org or facebook.com/pages/World-Wide-Elite-Entertainment/530432297086225.

Posted by Juan Marshall at 2:29 PM No comments: