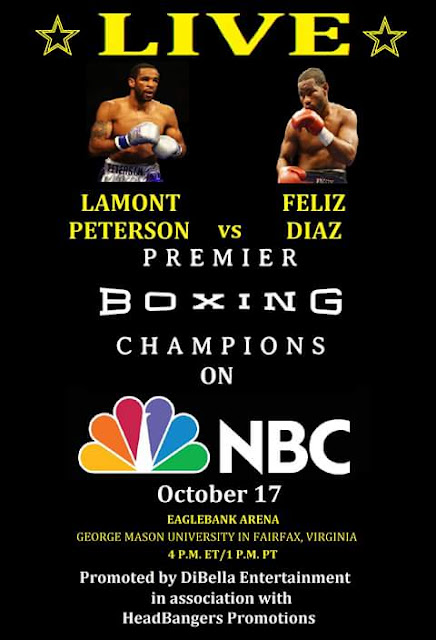 Posted by Juan Marshall at 4:04 PM No comments:

Gerome Quigley To Fight On European Soil In Hanau, Germany! 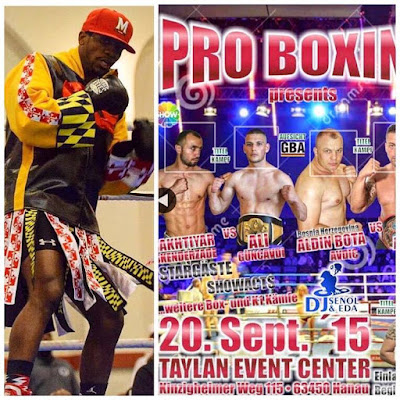 Gerome "GQ" Quigley has made his own moves to showcase his talent overseas. According to Quigley he has made a deal to fight in Germany.

ITS OFFICIAL!! Signed, sealed and what a hell of a deal, TEAM QUIGLEY and GQ Promotions will be back in action this Sunday September 20 for the first time ever as a pro on European soil in Hanau, Germany. Half the team is already locked and loaded and is on they're way to help with the last week of preparation. MAJOR S/O to "The Laywer" @soti_georgikeas and my manager Jeff Gatling for putting this thing together as we go for our 10 win, 9th knockout. I'll keep you all posted and updated the closer we get to fight night.

Posted by Juan Marshall at 10:11 AM No comments: 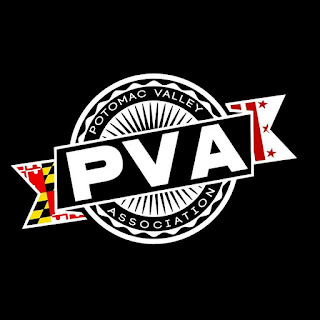 The Potomac Valley Association had an incredible 2015 so far! They want to keep the momentum going by raising the funds so the kids can stay successful in 2016.

Here is a message from Ricky-c Womack:

MESSAGE TO ALL YOU REAL BOXING FANS

The 2016 Junior Olympic Regional Tournament will be held in Pittsburgh Pennsylvania and the Nationals will be held in Dallas Texas. Last year PVA hosted the regional and we had 30 kids in the regional tournament and 11 of those kids made it to the Nationals in West Virginia where we brought home 6 medals.
My wish is to get all of our kids that qualify to attend these tournaments without costing them or their parents a dime. We estimate that it will cost $15,000 to $18,000 to cover the travel and hotels for our kids to go to these events.
So we are putting together many fundraising efforts to raise this money, and I am kickin it off with the RICKY WOMACK HAIRCUT CHALLENGE....if we can raise $1000 by January I will let the PVA members cut my locks off in the ring, also I am personally donating $2 for every lock that is cut off.
Please share this post on your page, take up collections at work, church, family and whatever organizations you are a part of and help us help these kids live their dreams...

This is the site you can go to for making donations.
http://www.gofundme.com/kq3ruhmg
Posted by Juan Marshall at 9:52 AM No comments: