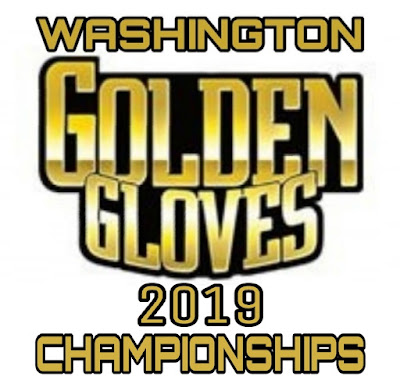 Winners will advance to the Regional Championships on April 27th at Rosecroft Raceway in Fort Washington,MD. Bouts begin at 7:30 p.m.

Posted by Juan Marshall at 8:31 PM No comments: 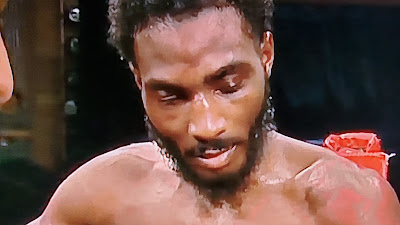 In the first two rounds of this bout Dyer used his jab well to keep Cortes on the outside. In the third round Cortes was able to slide in close to land some good overhand rights. As the last few seconds ticked away Cortes landed a left hook that stunned Dyer as he walked back to his corner. Cortes tried to gain momentum during round four, but Dyer landed a good counter right to drop Cortes for the eight count. The knockdown wasn't enough to keep Cortes from finishing the fight strong. All the judges saw the bout for Cortes with the scores of 78-73, 79-73 and 78-74.

Malik Hawkins Head Back To Philly For Next Showdown! 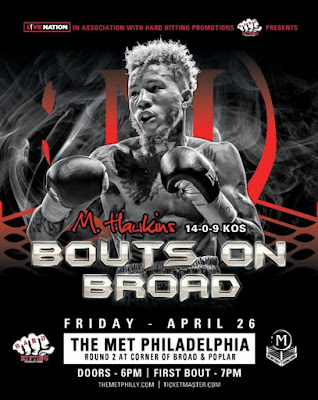 Undefeated welterweight Malik Hawkins will headline the 2nd Met Philadelphia Boxing Series, when he takes on veteran Fabian Lyimo in a eight-round main event on Friday, April 26th at The Met Philadelphia.

The card is presented by Hard Hitting Promotions and Live Nation.

Hawkins has a record of 14-0 with nine knockouts. The 23 year-old out of Baltimore, Maryland is in his fifth year as a professional. Hawkins last bout was a eight-round unanimous decision over Gledwin Ortiz on February 23rd at The Met Philadelphia.

Lyimo of Tanzania has a record of 23-9-2 with 15 knockouts.  The 36 year-old is a 12 year-professional, has wins over three undefeated opponents.  In his last bout, Lyimo went eight-rounds before dropping a unanimous decision to Ismael Garcia on March 30th in Hockessin, Delaware.
Posted by Juan Marshall at 6:34 PM No comments: 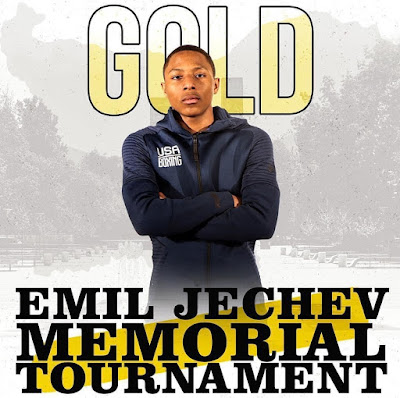 Here is how Jahmal Harvey's tournament competition played out.

With this big win Harvey can add the Emil Jechev Youth Tournament Champion to the list of his accomplishments below. 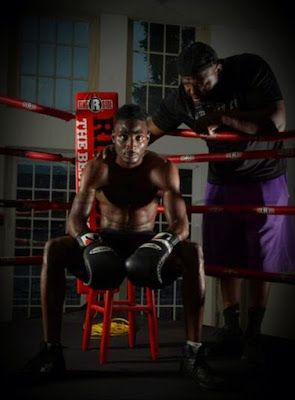 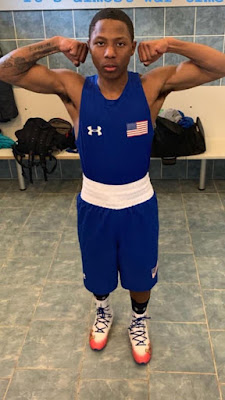 Team USA is doing very well in Bulgaria. They are already guaranteed seven medals after picking up five more wins on the third day of action at the 2019 Emil Jechev Memorial Tournament.

Area Beltway boxer, USA #1 ranked amateur, Jahmal Harvey of Oxon Hill, Md is part of the USA Team. He's already advanced to the semifinals and secured a medal in the first session with a unanimous decision win over Luiz De Oliveria. Today Harvey will be battling Marian Radu of Romania for the championship slot.